An evening with Matthew Good with special guest Carly Thomas. All ages are welcome and face masks are encouraged but not required. 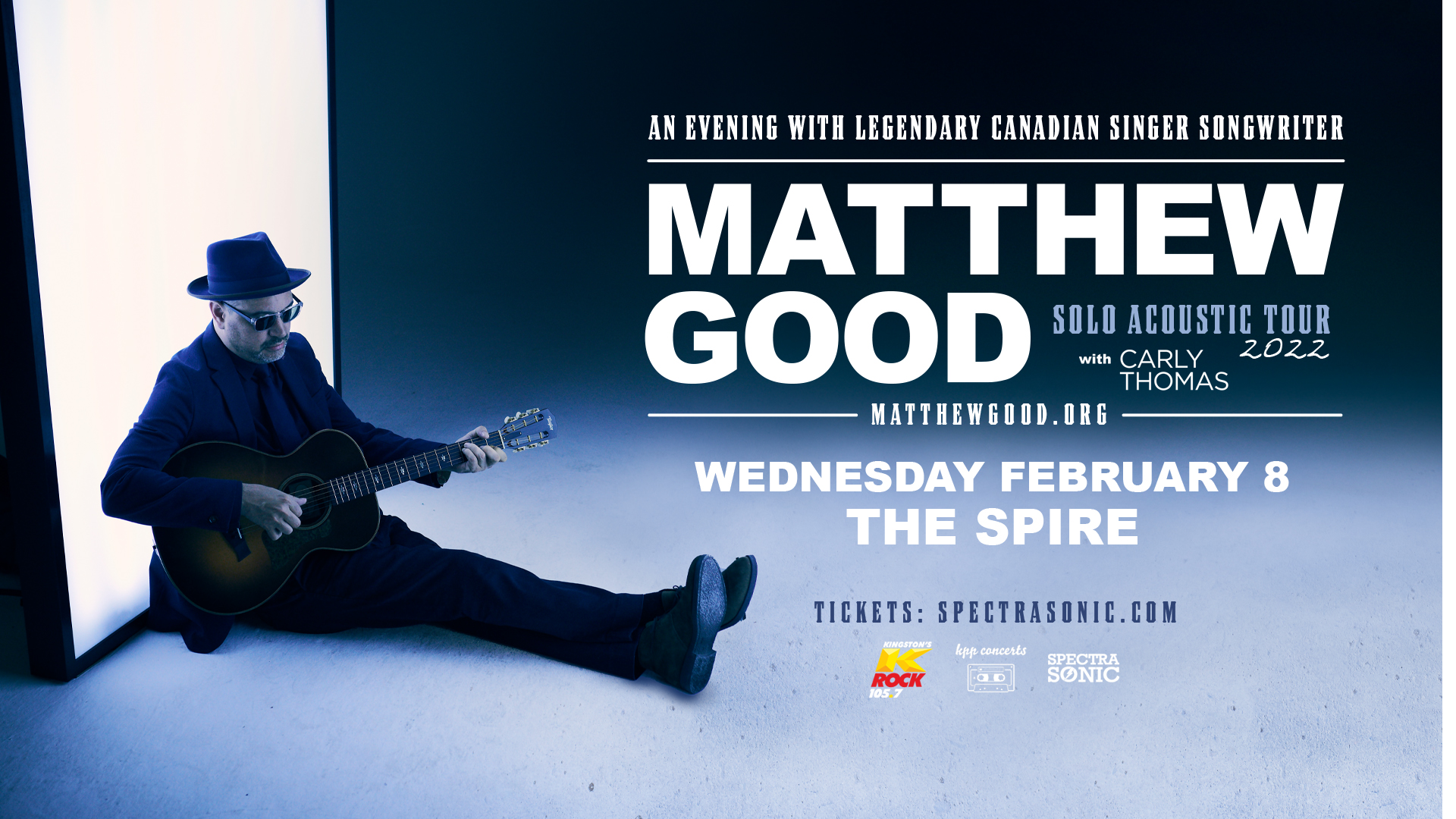 Multi-platinum singer-songwriter Matthew Good is one of Canada’s most recognizable and relevant recording artists. He began his career with the Matthew Good Band, one of the most successful Canadian alternative rock bands during the 1990s and early 2000s. Since disbanding in 2002, Good has enjoyed a successful solo career, releasing 9 studio albums and touring extensively through Canada, the United States, and the UK. Throughout his career, Good has been nominated for 21 Juno Awards and has won four. His most recent album, “Moving Walls”, was released in 2020.

Matthew Good will be performing a solo acoustic career-spanning set at The Spire in the beautiful Sydenham Street United Church. Special guest Carly Thomas will open the show.