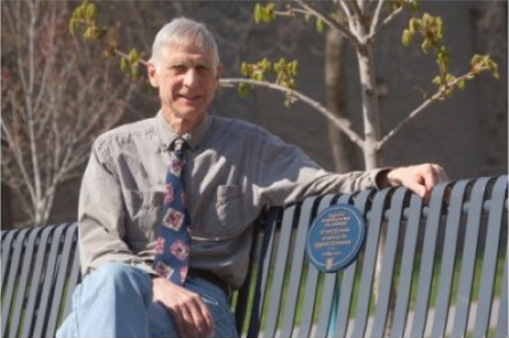 From an early age, Peter Taylor knew he had an academic bent and that he would spend his life in a university. Queen’s seemed the natural choice and the discovery, in his undergraduate years, of the wonderful Kingston environment, served to confirm that decision.

He entered the math and physics program at Queen’s, followed that with his graduate work in mathematics, and then returned to Queen’s in 1969 “to be part of the tremendous growth of the university system in the wake of the huge scientific and technological developments that had just put Neil Armstrong and Buzz Aldrin on the moon.”.

His interests gravitated to the mathematical modeling Of animal behavior, particularly cooperation and conflict. More recently his attention has shifted toward psychology and human behavior in an area known as
evolutionary game theory. Another active focus of Peter’s work is the development of sophisticated activities for the high school math curriculum, and today, he spends much of his time working with teachers and students in the classroom.

Peter became involved with Sydenham St. United Church (now called The Spire) in 1982 when he and his wife, Judith bought a house across the street. “It was a pleasure to be able to look out at such a magnificent building.”

A short four years later, the associate minister at the church, asked if Peter would be interested in taking on a senior Sunday school class. He agreed and spent the year with the teens reading books including The Snow Goose, The Shepherd and A Time for Judas.

“This last book confronted us with some serious moral questions and we wrote a play called The Trial of Judas Iscariot and the class performed it as part of the 1987 Palm Sunday Service. They were in fact a remarkable group of young folks. Today, the Cantabile Choir is a significant feature of my life and its concerts are major events at The Spire.”

Peter views the Spire as leading the way in its  imaginative response to a number Of closely related cultural shifts that are being felt in the schools and in the community. “It’s a privilege to be in a position to offer support to this fine movement.”

“Community is the key ingredient
of the kind of wise, nurturing, cultural change
I imagine we might manage to achieve.”

He adds: “Community is the key ingredient of the kind Of wise, nurturing, cultural change I imagine we might manage to achieve. Many organizations, large and small, perhaps particularly those dedicated to the arts, will benefit from the new structure being developed at The Spire. And that in turn benefits us all.”